In 2009 I’d never heard of Felicia Day or really paid much attention to online video.  My sister and I were obsessed with Demon’s Souls and during one of our many conversations she mentioned she was watching a show online called The Guild while playing Souls and after watching the episodes a couple times it was a great playlist just to put on repeat and listen to over and over for background while you played.

The premise wasn’t immediately grabbing to me.  I didn’t play online much.  I still haven’t played an MMO.  I don’t play in groups when I do play online (Mostly just Mike and I playing various versions of Diablo).  But I watched the first episode and fell in love with it.  What’s it’s appeal?

In many ways internet personalities, those who Felicia describes as “situationally famous,” are more “personal” than other celebrities.  Performers like Felicia, James Rolfe, Jim Sterling, and Joe Vargas invite us into their worlds, and in many cases literally into their homes, to entertain us.  Because of this we feel we know them better and can relate to them in ways we can’t with TV, movie, and music celebrities.  Media has changed and I now find I spend far more time using internet media than I do anything “conventional.”  Felicia and those who joined her in the internet media revolution have really changed entertainment forever.  So while people lament the derivative nature of TV show and movies I say you’re looking in the wrong place.  There are great experiences out there waiting for you to “sha-like-ub-scribe” and will provide hours upon hours of unparalleled, unique entertainment.

Quite multi-talented, the cast released several songs related to The Guild.  “Do You Want to Date My Avatar” is probably the most famous, and is a great pop song in addition to being a fun show tie-in. 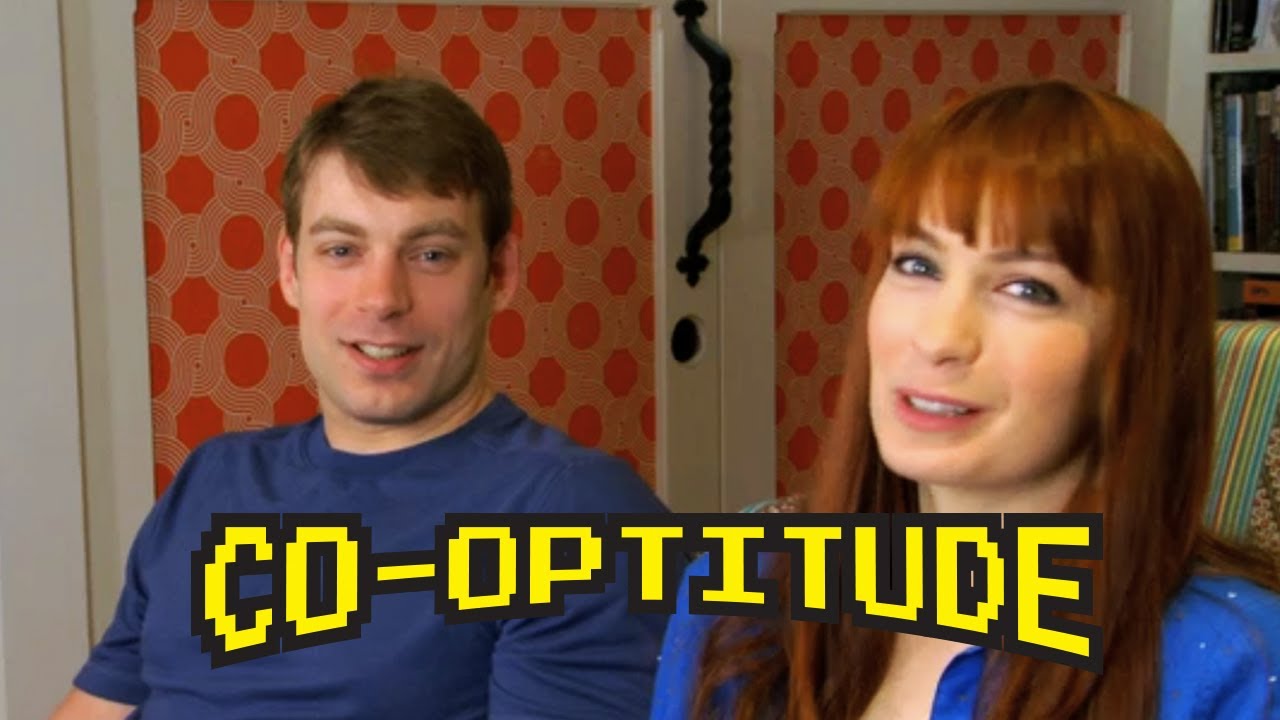 There are more online pundits and reviewers than we need.  It is rare however to find a reviewer or pundit who actually has something to say.  And even rarer to find one to whom I’d donate money in support.

I started watching videos put up by online magazine The Escapist because of Zero Punctuation aka Ben “Yahtzee” Croshaw.  His show is a pithy, quick, and hilarious take on specific video games and their quirks.  But I admit I stayed to watch Jim Sterling’s Jimquisition shows.

Jim’s commentary on video games, video game companies, and their trends is marvelous and, even if you don’t always agree, is always thought provoking.

Jim has had an interesting and transitional career.  From Destructoid to Escapist he has made numerous comments that have “enraged” (I put that in quotes because this is video games we’re talking about here…) game fans.  From being hated for the ultimate sin of “not liking” a Final Fantasy game (I agree though…Final Fantasy is an empty shell compared to the days when it’s games’ technological advancement could be categorized in terms of “bits”) to having the gall to say that female game critics, writers, and producers shouldn’t be threatened with violence and rape.

I’m actually not really interested in his controversy…  Mostly because I don’t find him to be that controversial.  He says what he believes.  One can agree or disagree (I don’t always agree but I find I agree the vast majority of the time) but he never says anything purely out of hate or shock value.  If a game is shit he says it’s shit and faces the backlash like a champ.  See The Slaughtering Grounds incident for an example of that.  If a practice of the industry or its fans is tasteless or predatory he says he thinks it is just that.  In fact I started watching his videos because he voiced exactly my problems with the way games are conceived and produced now.  And why I rarely play a “so-called AAA game,” to use his phrasing, nowadays.

I truly appreciate is his writing, production, and character construction.  The narratives in his videos are often fast, full of information, and loaded with complex ideas, but his presentations are always not only clear (you know EXACTLY his points from the outset) but often very clever, very witty, and biting in their arguments.   It’s that kind of methodology that is inspiring to other creative people, or at least to me as a creative person.  You can always count on Jim, not only to give you his opinion on all kinds of practices but to do so in a way that is so memorable you’ll go back to them repeatedly (I know I’ve queued his vids up to hear why Ubisoft is idiotic, free-to-play is a misnomer, and pre-order culture is poison).

His series with Yahtzee were also fun.  Last year’s rhymedown spectacular and the Uncivil Wars series which Jim won earlier this year provided another look at both his and Yahtzee’s personas outside of the review realm.

His newer material, since he’s gone rogue and become fan-funded through Patreon is even better.  Freed from even the loose shackles of another company he has been able to write more reviews and even start an absolutely terrific podcast series that is one of the best since The Ricky Gervais Show.

The fact that he owns a chainsword gives him extra points…

If you are a video game fan, specifically a fan who feels the industry has gone the way of film production in its heartless and cold monetization of all aspects of gaming and its focus on useless tech over art design and storytelling, put on a Jimquisition playlist and you’ll find yourself nodding in agreement or raising your finger and saying “but…”  Either way he’s provoking a response and maybe cranking your brain out of idle for 6-12 minutes.  It’s worth it.  Because he’s Jim F’n Sterling Son.  And thank god for him.

No. That was not hyperbole.

James Rolfe, aka, the Angry Video Game Nerd, encompasses two of the biggest influences of my generation of 20-30 somethings: video games and the internet. (with hip-hop culture rounding out the triumvirate of my generation’s biggest cultural influences).  And for the last eight years, he and his friend and writing partner Kevin Finn have been working on a full-length feature film for Rolfe’s online persona and, yes, I truly believe it to be the movie event of my generation.

Don’t believe me? Here is a short list of the reasons why!

I don’t think it’s necessary to go into the plot or characters. I won’t spoil it and it’s actually got too much going on to sum up in a few sentences. But suffice it to say I think James Rolfe captured the entire culture of 25-35 year olds in a compelling and incredibly hilarious movie, made with love and affection for that culture AND love and affection for his fans. Furthermore it still feels like an AVGN episode. Yes it’s bigger, more characters, expanded world…but it is still his world and has his tone.

James Rolfe has declared a sequel isn’t likely. While I’d love to see another expanded look at the AVGN’s life I can see why and I’m looking forward to seeing what other, new creative ideas he has. Until then I know I’ll enjoy revisiting all things AVGN for a while to come. It truly takes me back to the past and exemplifies what’s great (and delightfully bad) about the cultural impacts of my generation in the best way possible.