Next week I’ll start the first of my legitimate Versus Mode! posts but since it’s just after Christmas I really wanted to get this one out while it was still relevant!

I’m sure we’ve all seen it, I’ll set the stage:

You’re watching TV and this soft music comes up.  Some square-jawed guy walks through his overpriced house, by a Macy’s store-sized Christmas tree, and into a bedroom where he wakes his sleeping wife, who doesn’t have “I’ve been asleep hair or face.”  He then leads her outside where, sitting in the perfectly snowy driveway, sits an Acura, Infinity, Lexus, or Mercedes with a ridiculous big bow on it.  They celebrate, etc and voice over says something about a gift you both can cherish for years to come.

OK.  I HATE these commercials…  Truly.  It’s pure commercialized fantasy and borders on absurdity.  It could be that I don’t brush elbows with people in a high enough tax bracket that secretly buy their spouses cars for Christmas, but I’ve never heard of this happening for anyone.  The logical person in me (who makes up 85% of my personality) has a few problems with this:

I know, they’re just trying to sell cars, but the entire concept is so annoying to me, even as commercials go, I thought I’d rant about this one while the season was right!

Photographs below show the closest I’ve come to seeing a car wrapped up for someone.  A friend and I went to Target in October and saw it sitting out there.  I have no idea who the owner was but they have my pity…

So here’s the fantasy: 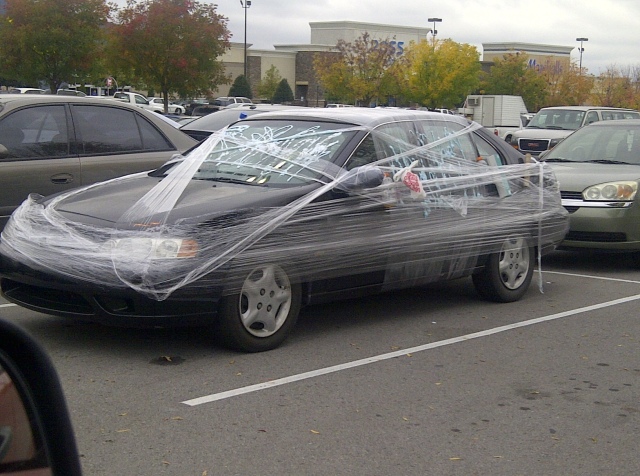 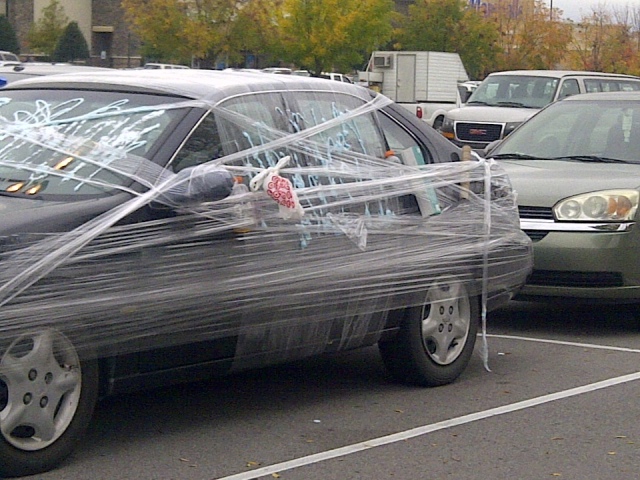 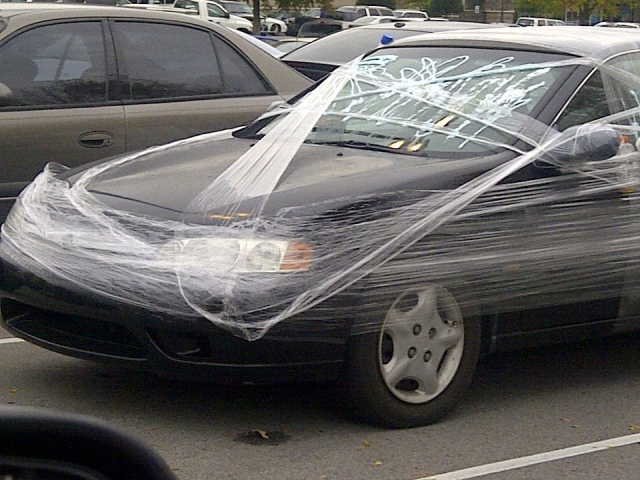 Next post is my Versus Mode Street Fighter II Reminisces!